Providing practical tools for learning a skill, accomplishing a task, for all ages. Lifelong learning is the driving force behind ReadCountCraft. Using experiential knowledge & practically applied. 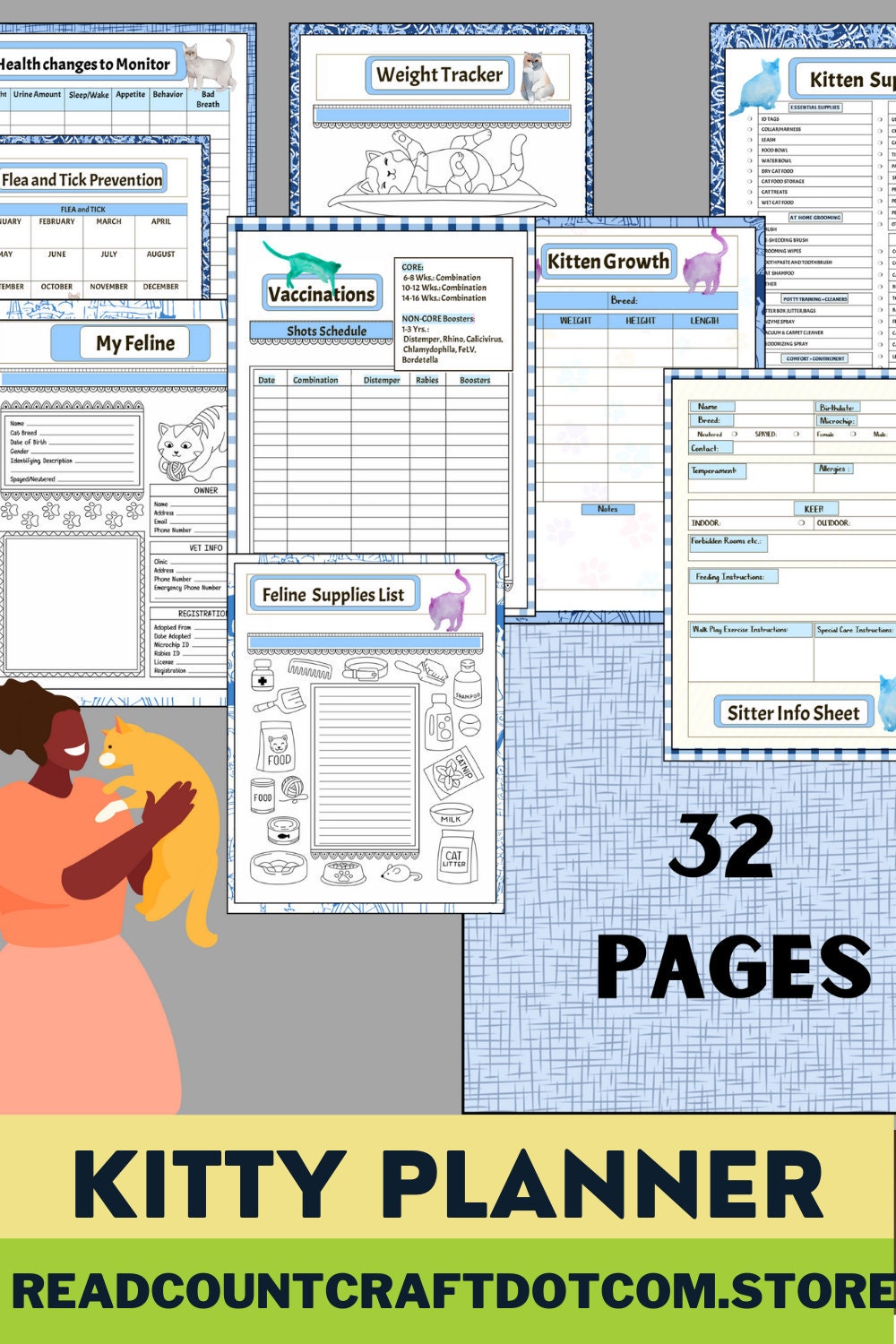 I fostered a litter of kittens years ago. I had to feed them every 2 hours with a bottle and kitten formula. I remember it was just like when my kids were little.

They were tiny and their eyes were still closed. Of course, later they were litter trained and rehomed.

This was in 2003, before the huge everything on Google availability, and certainly, before kitten planners could be downloaded.

Below is my rescue cat Sparrow.  No one wanted her.

We went to Petco looking for dog stuff.

I went over to read the sheet next to her crate while waiting for my husband.

I read her name out loud because I thought it was funny.

A cat named after a bird!

Okay, I'm a backyard bird watcher so I thought it was hilarious.

When I read her name, SPARROW ANSWERED.

I started asking her questions and she answered again!

Turns out her owner couldn't care for her, she was under a year old.

She was thin and pure black, had never been outside, and fostered with dogs.

We have 3 dogs and she does really well with them.

Also, she is still an indoor cat.

And she is not skinny anymore.

I started making pet planners because I have dogs and cats and I've also had ferrets, hamsters, doves, and rabbits over the years.

I make the kitty planners and pages that I wish I had for myself at the time I adopted my kitties over the years.

For example, I would've liked to have a weight tracker at the time we adopted Sparrow. 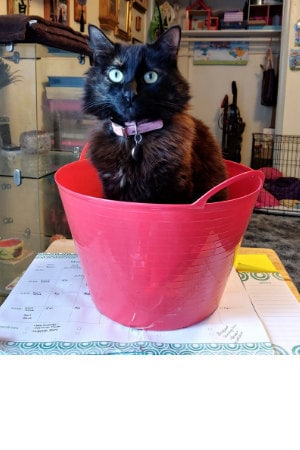